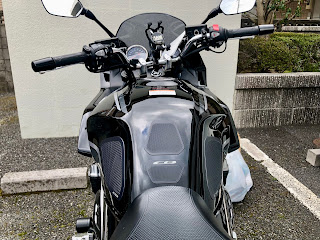 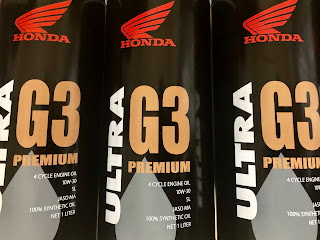 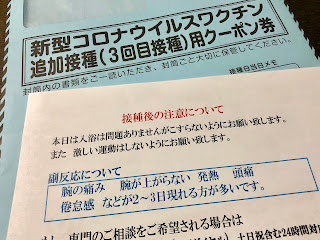 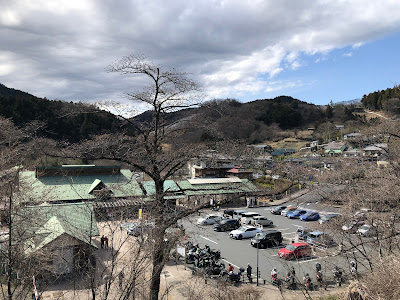 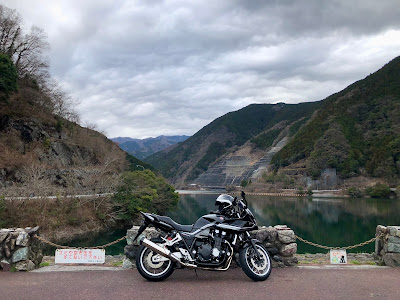 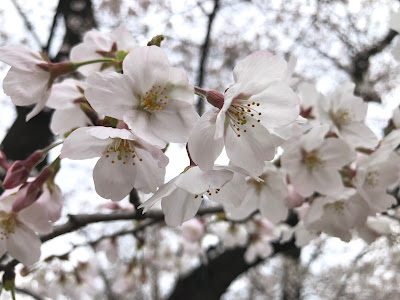 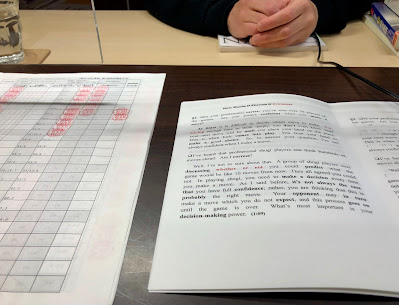 An Open Letter to the Global Media 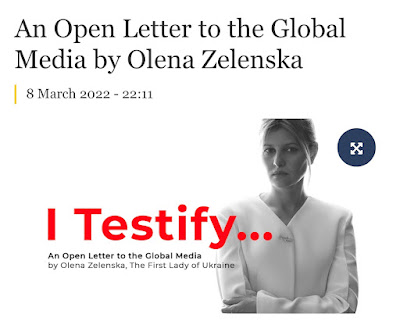 An Open Letter to the Global media by Olena Zelenska
Recently, an overwhelming number of media outlets メディア from around the world have reached out with requests for interviews. This letter serves as ~として役立つ my answer to these requests and is my testimony 証言 from Ukraine.
What happened just over a week ago was impossible to believe. Our country was peaceful; our cities, towns, and villages were full of life.

On February 24th, we all woke up to the announcement of a Russian invasion. Tanks crossed the Ukrainian border, planes entered our airspace, missile launchers ミサイルの発射台 surrounded our cities.

Despite assurances from Kremlin-backed propaganda outlets, who call this a "special operation" - it is, in fact, the mass murder of Ukrainian civilians.

Perhaps the most terrifying and devastating of this invasion are the child casualties 死傷者. Eight-year-old Alice who died on the streets of Okhtyrka while her grandfather tried to protect her. Or Polina from Kyiv, who died in the shelling 爆撃 with her parents. 14-year-old Arseniy was hit in the head by wreckage 瓦礫, and could not be saved because an ambulance 救急車 could not get to him on time because of intense fires.

When Russia says that it is 'not waging war against ~に対して戦争を行うcivilians,' I call out the names of these murdered children first.

Our women and children now live in bomb shelters and basements. You have most likely おそらく all seen these images from Kyiv キーウ and Kharkiv ハルキウ metro stations, where people lie on the floors with their children and pets – trapped beneath 地下に閉じ込められて. These are just consequences of war for some, for Ukrainians it now a horrific reality. In some cities families cannot get out of the bomb shelters for several days in a row 連続して because of the indiscriminate 無差別の and deliberate 故意の，計画的な bombing and shelling of civilian infrastructure.

The first newborn of the war, saw the concrete ceiling of the basement, their first breath was the acrid air of the underground, and they were greeted by a community trapped and terrorized 恐れおののく. At this point, there are several dozen children who have never known peace in their lives.

This war is being waged against the civilian population, and not just through shelling.

Some people require intensive care and continuous treatment, which they cannot receive now. How easy is it to inject insulin in the basement? Or to get asthma medication 喘息の薬 under heavy fire? Not to mention ~は言うまでもなく the thousands of cancer patients whose essential access to chemotherapy 化学療法 and radiation treatment 放射線治療 have now been indefinitely delayed 無期限に延期されている.

Local communities on social media are full of despair. Many people, including the elderly, severely ill and those with disabilities, have been debilitatingly 衰弱して cut off 亡くなる, ending up far from their families and without any support. War against these innocent people is a double crime 二重の犯罪.

Our roads are flooded with refugees 避難民. Look into the eyes of these tired women and children who carry with them the pain and heartache of leaving loved ones and life as they knew it behind. The men bringing them to the borders shedding tears to break apart their families, but bravely returning to fight for our freedom. After all, despite all this horror, Ukrainians do not give up.

The aggressor 侵略者, Putin, thought that he would unleash blitzkrieg on Ukraine. But he underestimated our country, our people, and their patriotism. Ukrainians, regardless of political views, native language, beliefs, and nationalities, stand in unparalleled unity 無比の結束で持ちこたえる.

While Kremlin propagandists bragged 声高に話す that Ukrainians would welcome them with flowers as saviors, they have been shunned 避けられている with Molotov cocktails 火炎びん.

I thank the citizens of the attacked cities, who have coordinated to help those in need. Those that keep working - in pharmacies, stores, public transportation, and social services – showing that in Ukraine, life wins.

I acknowledge those that have provided humanitarian aid to our citizens and thank you for your continued support. And to our neighbors who have generously opened their borders to provide shelter for our women and children, thank you for keeping them safe, when the aggressor has rendered us unable to do so. 【render A C】AをCにする
To all the people around the world who are rallying 集結する to support Ukraine. We see you! We’re here watching and appreciate your support.

Ukraine wants peace. But Ukraine will defend its borders. Defend its identity. These it will never yield 屈する.

In cities where shelling persists いつまでも続く, where people find themselves under debris, unable to get out of basements for days, we need safe corridors 回廊 for humanitarian aid and evacuation 避難 of civilians to safety. We need those in power to close our sky!

Close the sky, and we will manage the war on the ground ourselves.

I appeal to you, dear media: keep showing what is happening here and keep showing the truth. In the information war waged by the Russian Federation, every piece of evidence is crucial.

And with this letter, I testify and tell the world: the war in Ukraine is not a war "somewhere out there." This is a war in Europe, close to the EU borders. Ukraine is stopping the force that may aggressively enter your cities tomorrow under the pretext of ~という口実で saving civilians.

Last week to me and my people, this would have seemed like an exaggeration, but it is the reality we’re living in today. And we do not know how long it will last. If we don't stop Putin, who threatens to start a nuclear war, there will be no safe place in the world for any of us.

We will win. Because of our unity. Unity towards love for Ukraine. 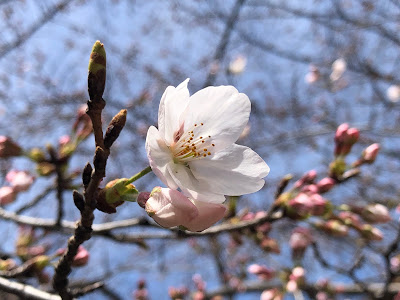 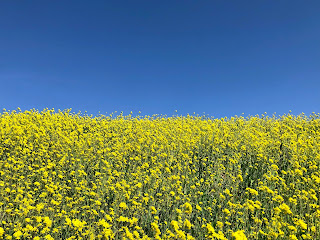 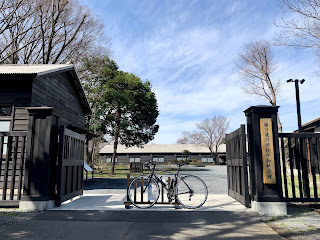 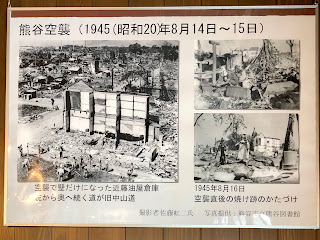 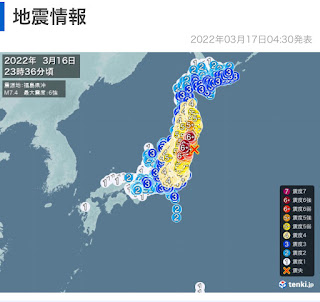 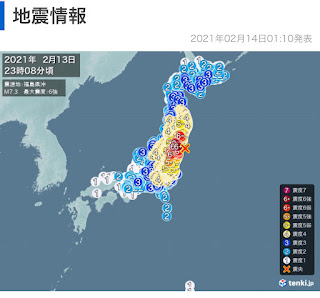 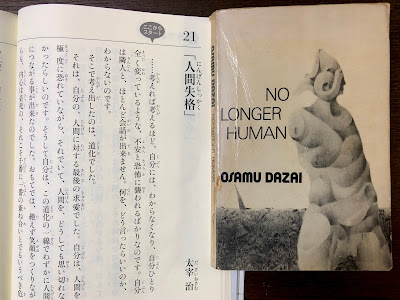 1985年，私が21歳の時，留学先のサンフランシスコで はじめて購入した本，それが "NO LONGER HUMAN translated by Donald Keene" でしたとお話ししたら，たいへん興味をもっていただきました。では，冒頭部分です。
The more I think of it, the less I understand. All | I feel are the assaults of apprehension and terror at the thought that I am the only one who is entirely unlike the rest. It is almost impossible for me to converse with other people. What should I talk about, how should I say it? ― I don't know.
This was how I happened to invent my clowning.
It was the last quest for love | I was to direct ^ at human beings. Although I had a mortal dread of human beings I seemed quite unable to renounce their society. ...
Posted by Yuji Akiyama at 3/16/2022
メールで送信BlogThis!Twitter で共有するFacebook で共有するPinterest に共有
Labels: 浦和英語塾 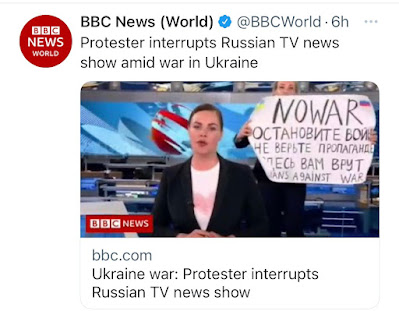 You can warm yourselves this way.

Agnesi expressed a desire to dedicate her to a religious life. 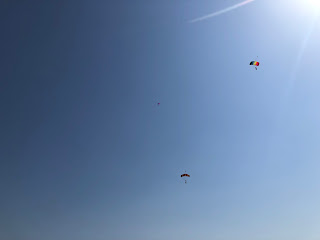 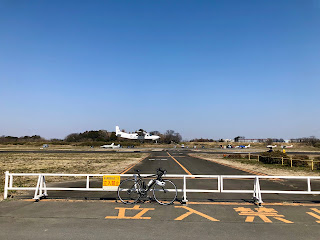 Good news. You made it! 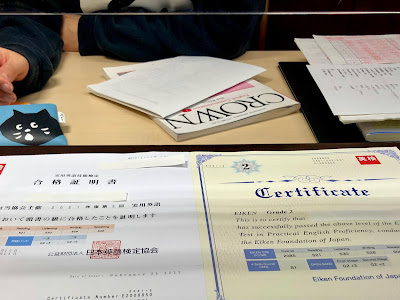 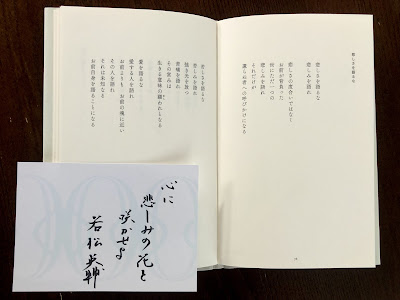 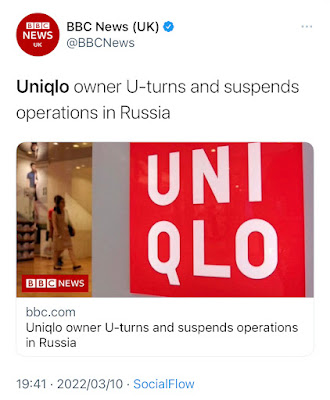 The owner of Uniqlo has made a U-turn and decided to suspend operations in Russia.

Peace is something you ...

If ever there is truly peace on earth, goodwill to men, it will be because of women like Mother Teresa.

Peace is not something you wish for; 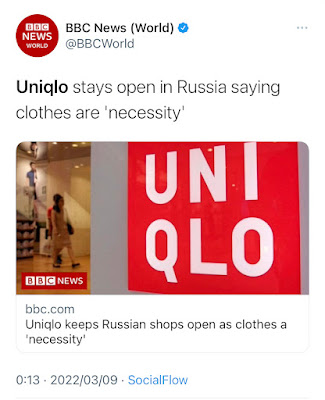 The owner of Uniqlo has defended its decision to keep its Russian shops open, saying "Clothing is a necessity of life. The people of Russia have the same right to live as we do." (BBC)

わかるだろ 見つけなくてはならないんだ
愛をもたらす方法を 今日ここに
Father, father
We don't need to escalate
You see, war is not the answer
For only love can conquer hate
You know we've got to find a way
To bring some lovin' here today 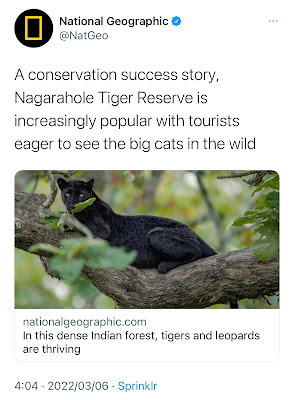 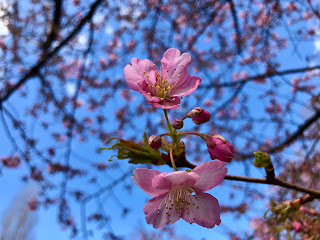 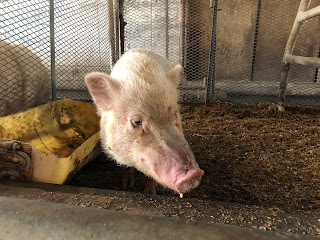 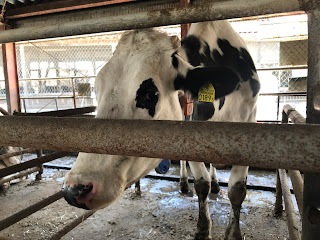 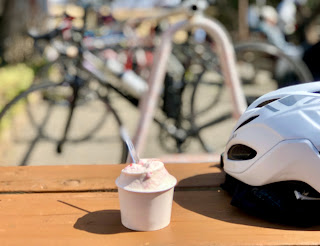 We must persevere in the search for peace in the hope that constructive changes within the Communist Bloc might bring within reach solutions which now seem beyond us.

We must conduct our affairs in such a way that it becomes in the Communists' interest to agree on a genuine peace.

Above all, while always defending our own vital interests, nuclear powers must avert those confrontations which present an adversary with a choice of either a humiliating retreat or a nuclear war.

To adopt that kind of course in the nuclear age would be evidence only of the bankruptcy of our policy―or of a collective death-wish for the world.

World peace, like community peace, does not require that each man love his neighbor ― it requires only that they live together with mutual tolerance, submitting their disputes to a just and peaceful settlement.

And history teaches us that enmities between nations, as between individuals, do not last forever.

However fixed our likes and dislikes may seem, the tide of time and events will often bring surprising shifts in the relations between nations and neighbors. 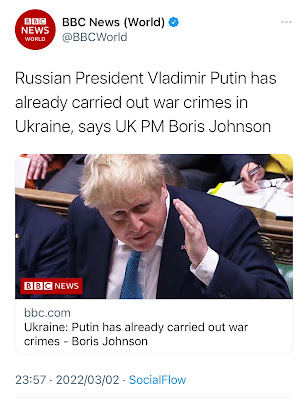 has already carried out ~：～をすでに行っている 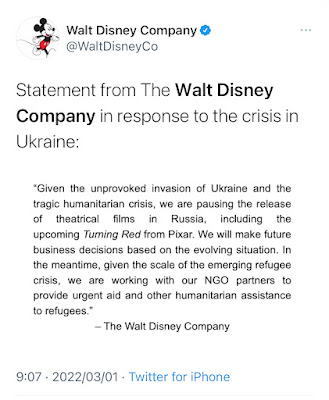 Many persons have a wrong idea of
what constitutes real happiness.
It is not obtained through self-gratification,
but through fidelity to a worthy purpose.